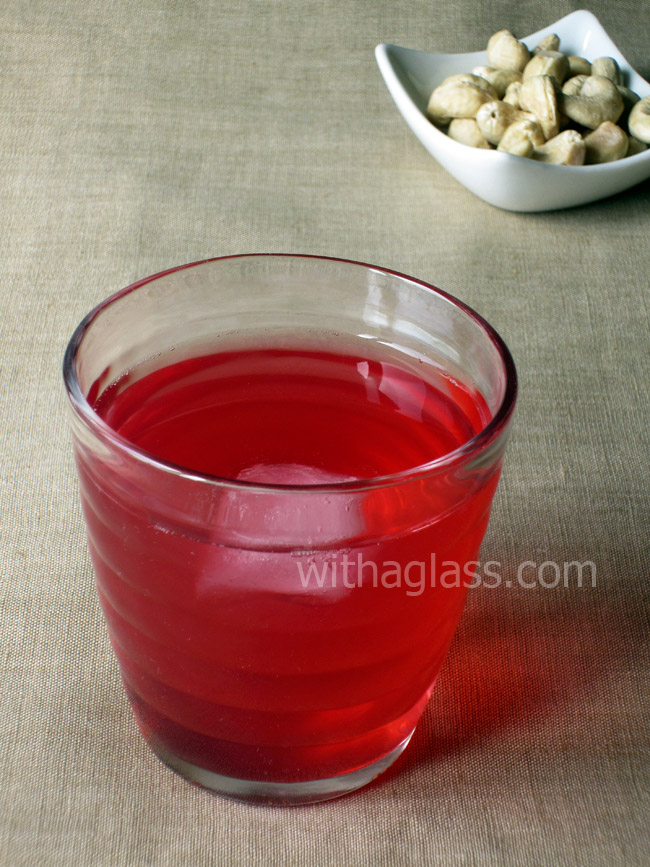 I have always loved rhubarb. I was one of these strange children who loved acid  food (and I still do). When I was little I would chew on the raw rhubarb sticks freshly picked in my grandmother’s garden. My mum has never made a single rhubarb cake, nor would she preserve it (even though she used to preserve tons of fruits and vegetables). However, she would use rhubarb often and in big amounts. The only thing she did was a slightly tangy rhubarb drink I was crazy for (this was when children still liked other drinks than industrial sodas). She would prepare it throughout the whole rhubarb season and in big batches, kept in the fridge and refreshing like nothing I have ever tasted since then. The smell and the colour of the rhubarb drink will always remind me of the hot summer days of my childhood.

Obviously, this soft drink is the first thing I think about as soon as rhubarb appears on the market. The preparation is ridiculously easy and I have hesitated before writing these instructions, barely deserving a “recipe” name. However, since I don’t know anyone around me who prepares this simple drink, I decided to post it.

The sugar/sweetener amount depends on everyone’s taste. I usually put a heaped teaspoon in one big glass (250ml). The drink keeps for up to a week in the fridge, especially if it’s sweetened only before drinking. Do not overdose the sugar, otherwise the drink will lose its tanginess. The pinker the rhubarb stalks, the pinker the drink will be.

sugar or sweetener or honey

Put the rhubarb into a big pan with water.

Bring to boil at medium heat and cook until the rhubarb completely softens.

Put aside and wait until the rhubarb drink cools down.

Strain it and refrigerate for up to a week.

Add sugar/honey/sweetener just before drinking and serve with ice.